In high-stakes murder trial of Michael Slager, ‘tense’ community has a lot on the line 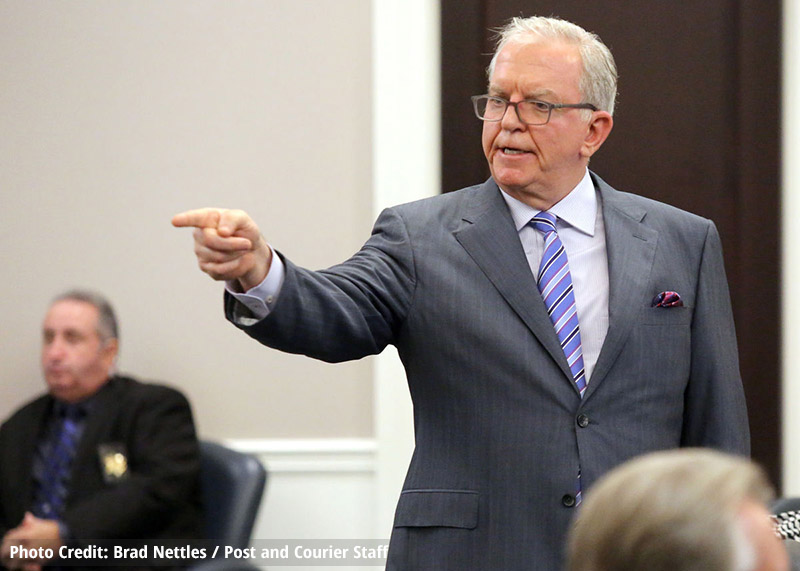 Andy Savage saw the video for the first time in his bedroom.

It showed Walter Scott running away, and North Charleston police officer Michael Slager shooting him in the back.

His reaction was like many. Turning from the TV to his wife, he said, “Oh my God.”

“I had very negative thoughts of law enforcement conduct from the video I saw,” said Savage, a criminal defense lawyer in Charleston. “That video of the eight shots is a very, very powerful, emotional, evoking video.”

But with a phone call the next day — from the officer’s wife — the way he viewed the footage would start to change. The more he learned, he said, the more he thought Slager had been made a pariah by officials in a city long troubled by allegations of unfair policing and an easy target of criticism for the national inspection of officers’ use of force against black people. The more evidence he gathered, he said, the more he believed that the officer had made a reasonable decision in a stressful situation.

It became his mission to make others believe that. He battled cancer, fought an immune disorder and spent hundreds of thousands of his own dollars with the ultimate goal in mind: to make 12 jurors see it the same way.