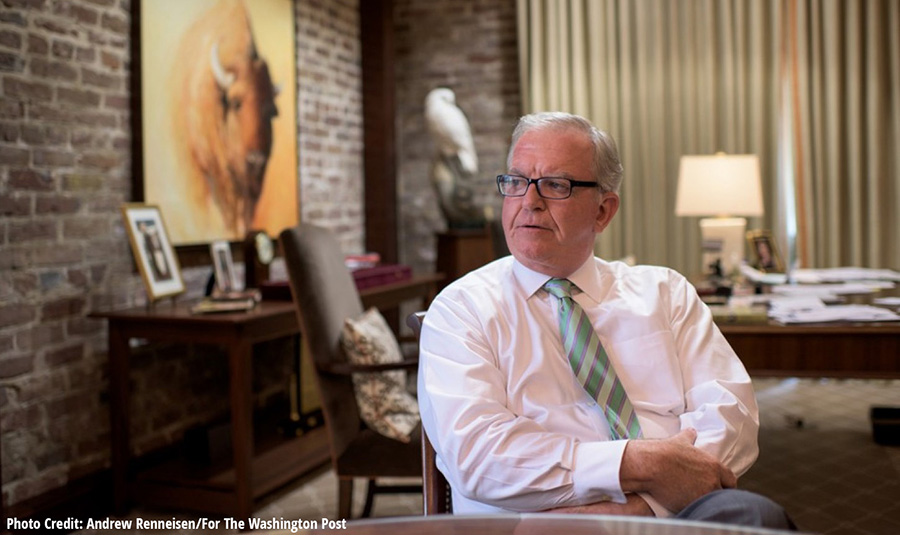 CHARLESTON, S.C. — A dozen boxes stacked up next to a window in Andrew Savage’s downtown office are labeled “al-Marri” — that is, Ali Saleh Mohammad Kahlah al-Marri, a Qatari man who was accused of being an al-Qaeda sleeper agent.

Sitting on a bookshelf are three Emmy awards that he won for his cable television show, “The Savage Report.” And on a wooden console behind his desk is a long slim box, a gift of thanks for his work on the al-Marri case. He opens it to reveal a polished sword and asks, “You saw what it says on the cover, right?”

“State of Qatar,” the seal read.

And then there is client Michael Slager, a former North Charleston police officer who was charged with murder in the shooting death of a black man, Walter Scott, after a routine traffic stop just 15 miles from here.

Savage, a chatty 67-year old Irish-Catholic transplant from New York, is used to the reaction to the long list of controversial personalities he defends in court.

The typical response to his work for Slager, according to Savage, goes something like this: “He’s the one that represented that white son of a b****.”

But now Savage is playing a new role: comforter and counselor to three families devastated by the massacre at Emanuel African Methodist Episcopal Church on Wednesday.

This isn’t business, Savage said, but like most things in his life, it is about the law.